Will US-Russia Relations Improve after the Biden-Putin Summit? 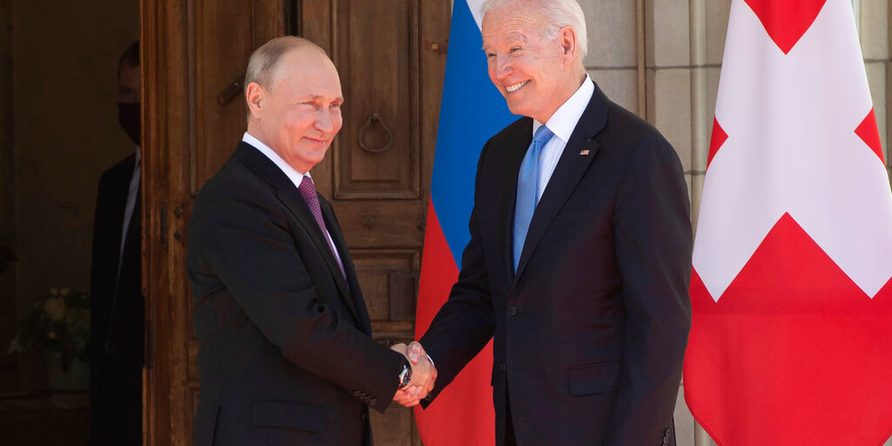 After a series of back-and-forth of diplomatic spats hurled at one another by both President Biden and President Putin and with US-Russia relations at a nadir since the conclusion of the Cold War, their first face-to-face meeting since President Biden’s inauguration was certainly long awaited by both the US and Russia as well as the wider international community. Although, what are the implications of this summit as it pertains to the adversarial relations between the US and Russia? Will this summit prove to be the icebreaker in easing US-Russia tensions or is this summit just a mere diplomatic courtesy in which two leaders of the world meet in order to acquaint themselves with one another?

At the end of the talks, both Presidents echoed sentiments of a fruitful discussion. President Putin remarked “there has been no hostility, on the contrary, our meeting took place in a constructive spirit.” He further added that “I think we understand each other and where we stand on key issues.” Likewise, President Biden returned President Putin’s words of goodwill, stating “the tone of the entire meeting was good, positive.”

As the two Presidents suggested, the Biden-Putin summit did yield productive discussions on joint cooperation in the area of so-called ‘strategic stability dialogue’ or nuclear and arms control, specifically the commitment from both parties to uphold the New START treaty which was extended earlier this year. Furthermore, both the US and Russia have agreed to continue to work closely together during the Biden administration.

Despite an exchange of goodwill as well as suggestions from both camps regarding a productive dialogue, it is still evident that there are certainly more disagreements and concerns than benevolence shared between the US and Russia. Among the contentious agendas during the Biden-Putin summit were the issues concerning cybersecurity, human rights, Russia’s military aggression in Ukraine, its support for Belarusian President Alexander Lukashenko amid tensions with the EU, as well as the Arctic Circle with both the US and Russia still divided on the aforementioned issues.

Then, there is the looming issue of alleged Russian meddling in US elections. According to an unclassified US intelligence report, the US intelligence community “have high confidence” that “Russian state and proxy actors who all serve the Kremlin’s interests worked to affect US public perceptions in a consistent manner.” Despite concerns from the US intelligence community regarding alleged Russian meddling in the run-up to the US election, President Biden did not bring up this issue in his summit discussion with President Putin.

Though it is uncertain why President Biden did not bring up such an issue in his discussion with President Putin since the lingering issue of alleged Russian intervention in the US election certainly has the potential to further deepen the rifts in US-Russia relations. If President Biden continues to sweep this issue under the rug and President Putin does not provide full closure on this matter then US-Russia tensions may not fully heal.

Overall, President Biden and President Putin were sure to tread very lightly on key issues even going so far as not mentioning any particular concerns that may arise. At the end of the day, the Biden-Putin summit confirms what we already know: that both parties know more about one another than what they are willing to give away. It seems as though this summit was more for both the US and Russia to size up the so-called ‘enemy.’

So long as both the US and Russia remain divided on fundamental issues such as cybersecurity, human rights, and alleged involvement in each other’s domestic affairs, US-Russia relations will continue to be tense in the Biden administration as it has been over decades. Even with some minor gains made during the initial Biden-Putin summit, there is still a high risk that US-Russia tensions will even continue to exacerbate during the Biden administration if President Biden were to take a tougher posture against Russia in the meetings to come or if President Putin decides to take a course of action that will put the Biden administration to the ultimate test.